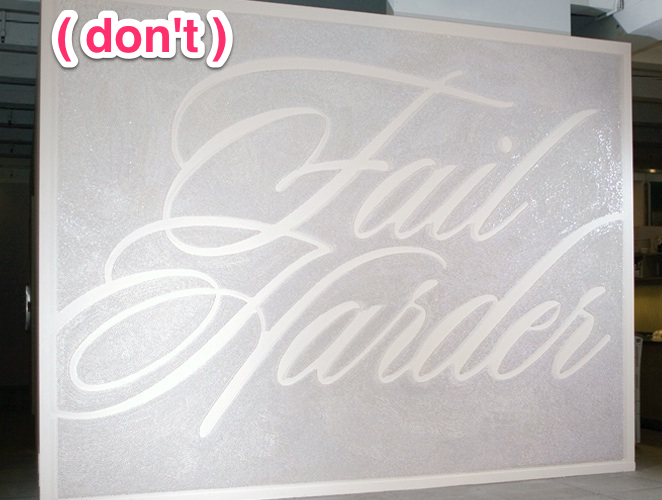 In startups, we wear failure like a badge of honor. It represents a swing of the bat that ultimately didn’t work out, but where lessons were learned. Lessons that make you stronger, shape your thinking and your next thing.

Unfortunately, “lessons were learned” is a big assumption. Lessons are often not learned. Arrogance gets in the way, or defensiveness/insecurity/embarrassment/locus of control/etc.

Blame is assigned to outside forces: “somebody screwed us over”, “the competition copied us”, “investors don’t get it”, “customers are luddites”, “the economy sucks”, “the government…”. The excuses are never-ending. They let us lie to ourselves and sidestep responsibility. They give us a reason to not get better.

If you don’t learn, then failure is useless. The effort was for naught. Mistakes get repeated.